Among the articles in the current issue of the journal, Kristian Mortensen has a very lively account of a familiar bit of gestural communication – cupping the hand behind the ear. In this guest blog, he explains some of the work that went into the study, and into distilling it down into a journal article. 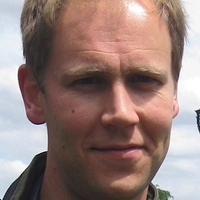 Since Seo & Koshik’s fascinating 2010 paper on ‘gestures that engender repair’, a handful studies or so have discussed how the human body serves as a resource for organizing repair – in part embedded in a discussion of how bodily conduct is sequentially organized.

Some 5 years ago I started collecting instances of different ways of using the body in and as repair initiations – following from a more general interest in the human body as a resource for sense-making practices. I had just collected about 20 hours of data of English foreign language teaching in Luxembourg, and one of the first observations I did was that in particular one of the teachers very often seemed to initiate repair through different types of bodily conduct.

In the beginning, I was simply interested in stand-alone ‘embodied’ repair initiations, but when looking at them more closely it turned out that depending on the bodily configurations they were treated quite differently. Recently, this resulted in a ROLSI paper that describes how a cupped hand behind the ear in a transition relevance position is treated as a hearing problem, and argues that ‘hearing’ refers to the recipient’s displayed hearing during the trouble source turn. When the cupping hand gesture co-occurs with a verbal repair initiation the verbal repair initiation marks the trouble as not a hearing problem.

The cupping hand gesture is quite recognizable and is often used in more symbolic ways. So I wanted the paper to start by making that argument and allude to the gesture’s iconicity. It ended up in two photographs of the cupping hand gesture used to animate the crowd during sport events and concerts – featuring Justin Bieber and Christiano Ronaldo (for no particular reason besides the fun of putting them next to each other in an academic paper!).

Obviously the Internet is full of instances of this gesture. I settled on two that were under copyright by Getty Images. When inquiring about the price the main problem was answering a couple of technical question about the required size, resolution etc. and some editorial ones (such as number of copies of the journal and date of publication). The Editor was very helpful in providing the right answers. Next was to convince the head of department, but with a price that didn’t blow the budget (around €110 per picture) that wasn’t a big problem.

Using photographs that are under copyright protection is probably not the most relevant type of images for papers that are published in ROLSI. Nonetheless, the purchase is neither tremendously expensive not problematic, so at least that shouldn’t keep you from including it. If it helps illustrate the practice that you’re studying, then a bit of pop culture will always help make it that bit more entertaining….

Mortensen, K (2016) The Body as a Resource for Other-Initiation of Repair: Cupping the Hand Behind the Ear. Research on Language and Social Interaction, 49 (1) 34-57