Sometimes a Conversation Analysis study makes you realise that you’d seen an odd bit of talk somewhere, and half-registered it as being strange in some way. So I’m delighted that Catrin Rhys has written a guest blog on her article in the upcoming issue of ROLSI – on the strangeness of interviews in (British) football-land. 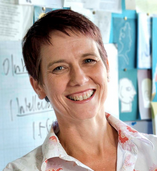 One of the joys of teaching is that students sometimes, usually unwittingly, deliver up golden nuggets of data. That was how I ended up analysing post-match interviewing in football, despite having absolutely no interest in football.

Recently one my students brought in a transcript f a post-match interview for an assignment, I was intrigued by just how often the interviewer’s “questions” were grammatically declarative and delivered with falling intonation: indeed, one of the interviews didn’t have a single interrogative.

Here are some typical examples of interviewer turns:

After poring over thirty interview transcriptions, I can’t really claim to have learnt anything about football, but the interviewing format made more sense. It became clear to me that the central activity of the post-match interview wasn’t “interviewing” in the usual way, but some sort of assessment. The interviewer’s job is mostly to pick some aspect of the match or the football season and get the manager to talk about it by giving a first assessment of it.

Take the first example above: Few penalty appeals in there, a few good ones I would suggest. The interviewer introduces the topic of the penalty appeals and gets the manager to evaluate them by suggesting that they were “good” penalty appeals. 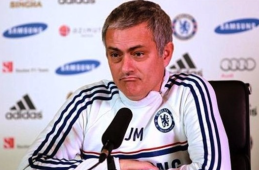 So what began as my attempt to understand the declarative grammatical formatting of questions in this type of interview turned into an analysis of the interplay between the assessment orientation of the talk and the sequential, institutional and social distribution of epistemic access and epistemic primacy. How does the interviewer juggle showing that he knows enough to pick what gets assessed and get it assessed while still treating the manager as the real expert?

On the one hand, the football interviewers draw on features of turn design to produce displays of epistemic access and category-bound expertise. They show their own expertise as a football journalist who has just watched the match. On the other hand, interviewers systematically deploy a range of linguistic resources to downgrade their epistemic authority relative to the interviewee. Going back to the penalty appeals example, the interviewer shows that he knows enough about football to evaluate the appeals, but just as a suggestion; the manager’s evaluation is what counts.

What was particularly interesting in the data were the parallels between single unit turns and multi-unit turns both in terms of the linguistic structures used (particularly topic-comment structures) and the position and function of interrogativity. Interrogativity has both response mobilizing and epistemic functions but in this data the interviewers regularly employ various turn design resources to achieve a non-final position for interrogativity and so prioritise the epistemic function.

What do we get as scholars from watching football?

A lot of football fun, if you like football. I can’t say I’ve become a devotee, but I did learn something:  when the task at hand is focused on evaluation, it’s not what we know but who knows best that counts. Football interviewing turns out to be a great natural laboratory for understanding the role and distribution of interrogativity and its position within the turn. I still don’t understand anything about football, but the post-match interview is a fascinating arena for seeing how asymmetrical distribution of speaking and assessment rights plays out.