CA research is increasingly finding application to real-world problems, but getting its virtues across to a lay audience – and potential collaborators – is not always easy. I’m delighted that Ruth Parry, who has extensive experience, has agreed to let us into some of the tips and tricks of the trade – especially the power of using analogies to get the message across. 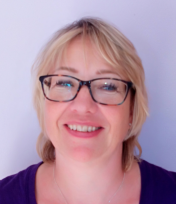 When your scientific approach is one few people have heard of, is pretty technical, and has a conventional title that doesn’t help much (or could even mislead), tried and tested ways to introduce and explain it are a boon. In this blog I describe some ways to explain conversation analysis to others – whether we’re presenting our research, delivering CA-based training, or building collaborative projects with teams from diverse backgrounds.

Many of you will have seen and heard how Liz Stokoe introduces and explains CA. She plays short audio clips of phone conversations, helping the audience notice what people do with their talk in relation to sequences, pauses, intonation and so on. As Liz stops and starts the audio, she points out to the audience that they recognise what’s going on, and thus that they already think conversation analytically (see for example, her TED talk, about five minutes in). Another commonly used method is to use video-clips, usually involving some kind of ridiculous breaching, as collated here by the fantastic EMCA wiki team headed up by Saul Albert.

In this blog, I want describe another approach to introducing and explaining conversation analysis to people who are unfamiliar with it: analogies. I use these frequently when talking to researchers from other fields, and to health and social care educators and staff – who are the people I mostly collaboratewith. I’m going to mention four different analogies that I use, and that you might find useful.

The bee dance analogy helps explain how conversation analysts sample and record; our sequential and fine-grained analysis; the fact that we don’t generally do interviews; and that our scientific approach is a cumulative one – i.e. that we rely and build on a rich and expanding body of prior findings (Clayman and Gill explain this beautifully). I started to use and develop this analogy after reading Paul ten Have’s description of our approach to sampling and ‘specimens’. Later, after a conversation with Derek Edwards, I added a component that points to the cumulative nature of our analyses. By the way, I believe ‘waggle dance’ is the more accurate term, but bee dance has always worked for me. Here’s what I do.

I put up a diagrammatic picture of a bee dance, sourced from Creative Commons, and make the following points, explaining how each element is similar to how conversation analysts work:

The football analogy allows you to show audiences that they’re actually already very familiar with sequential analysis.  I lifted this analogy from Ginny Teas Gill with whom I used to co-organise sessions on introducing and teaching CA within various conferences. I also add an illustrative adaptation of my own – as follows.

I put up an image of football in play, sometimes alongside one of a football commentator / pundit.  My (cheesey) adaptation: I try to use an image involving a football team from the particular city or town or country I am in at the time. Anyway, I make the following points:

Sometimes I stretch the analogy a bit further by inviting people to think about what the players of the opposing teams would say after the game. They are likely to have, shall we say, less than reliable accounts of what went on; a good analogy for interviews as a method at getting at what happens in interaction.

In gait laboratories, walking behaviour is recorded and analysed (clearly, the walking is under experimental conditions and not naturalistic per se, but I don’t focus on that component in this analogy). I use the gait lab analogy for two things: to explain how we analyse, and to address any assumptions that we are constantly analysing other people’s interactional conduct(!). For me and some of my audiences, a useful feature of this analogy is that it refers to a highly technical – and indeed positivistic – approach, and furthermore, one about which people would not ask: ‘well why don’t you just interview them about their walking instead?’. The analogy takes me on a bit of a trip down memory lane to my early career as an NHS physiotherapist.

You’ve guessed no doubt that I put up an image of a gait lab. I mention:

The tacit skills of driving 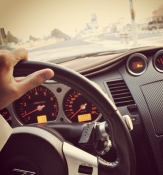 Drive on. See footnote 4 for source.

I am sure that many holes can be picked in these analogies, and perhaps some other components added. I’d welcome comments and thoughts via @CACEnotes or r.parry@lboro.ac.uk. I also suspect that there are many more lovely analogies people use – feel free to share your favourites.